Posted on 14 August 2017 by silentsplease

At this point in time, it’s by no means a revelation that a number of Hollywood actresses in the 1920s and 1930s loved women, including major stars like Alla Nazimova, Greta Garbo, and Marlene Dietrich. The private lives of these women take centre stage in Diana McLellan’s book The Girls: Sappho goes to Hollywood, in which the author promises “a rich stew of film, politics, sexuality, psychology, and stardom”.

A heady mix indeed. First things first: this book is tremendously entertaining. I’ve read it a couple of times before, and it’s fun and breezy, with McLellan generally doing a good job of weaving different characters in and out of her narrative, and animating various figures in an engaging manner. The major caveat is that The Girls is, at best, highly speculative. McLellan was a gossip columnist for many years, and it certainly shows in the resulting work. The reader is apprised of this from the very start, when in the foreword, McLellan states a principle that guided both her former work in newspapers and her research for The Girls: “One big, proven lie reveals far more than dozens or widely reported ‘truths’—once you understand why it was told”. Well, then. QED?

The two leads of The Girls are Garbo and Dietrich, with Salka Viertel, Tallulah Bankhead, and the ubiquitous Mercedes de Acosta forming the major supporting cast. Though McLellan paints with broad strokes, and frequently ascribes motives and thoughts to her cast that she could not possibly know, her characterisations ring relatively true: Garbo, secretive, neurotic and misanthropic; Dietrich, worldy, confident, and generous; Tallulah, an unabashed libertine who was nonetheless a warm and loyal person.

McLellan’s story starts with Alla Nazimova. I’m a big fan of Nazimova: a very fine actress and a bold force as a writer and producer. She also has a reputation—not undeserved—as Hollywood’s original power lesbian. (McLellan asserts that Nazimova was initiated into the ways of lesbian love by famous anarchist Emma Goldman, although none of the references cited actually seem to confirm the liaison). But McLellan quickly introduces writer Mercedes de Acosta, in many ways the lynchpin of The Girls. De Acosta was neither a great literary talent nor a great beauty, but she was highly intelligent, with great charm and social ease. She was something of an eccentric too, embracing mysticism and vegetarianism, and dressing in black or white only. De Acosta’s lovers were legion, including many major stage and screen actresses of her era: Nazimova, Eva Le Gallienne, Garbo, Dietrich, the dancer Isadora Duncan. If someone drew a version of The L Word’s The Chart for The Girls, de Acosta would be at the centre of it.

The book covers Garbo’s Hollywood career in depth, and the often tumultuous de Acosta-Garbo affair is given due page space (Garbo: controlling and private; de Acosta: passionate, enraptured by Garbo). But McLellan’s smoking gun in The Girls is the ‘evidence’ she has uncovered of a pre-Hollywood affair between Garbo and Dietrich. She contends that Dietrich appeared in a supporting role in G. W. Pabst’s Die freudlose Gasse | The Joyless Street (DE 1925), Garbo’s last European film before she left for Hollywood. In McLellan’s telling, Dietrich (here black-haired) appears as a minor character, resident of the titular street, lowered to prostitution by the hunger of her young child. Per McLellan, it’s not just the woman’s face and gestures that mark  her as Dietrich, but also the appearance of Dietrich’s “instantly recognizable” hands. And why did Dietrich later consistently deny appearing in Die freudlose Gasse? Not just professional pride and a wish to present The Blue Angel as her ‘first’ screen role, but also to cover up the fact that she had, in fact, met Greta Garbo before … intimately. For their meeting on Die freudlose Gasse led to a personal affair that, nonetheless, bled onto the screen: “It is Marlene, and only Marlene, who catches [Greta],” McLellan states, describing how Marlene “gazes into her face, and holds her tenderly”. As McLellan says, “You cannot faint into the arms of someone who will let you down.” McLellan goes on to imagine their affair, complete with scenes of Marlene nurturing Greta with homemade goulash (!) The bitter end of the affair saw the ‘provincial’ Greta shamed and gossiped about by the worldly Marlene, leading to the Swede’s lifelong animosity towards the German.

If you are thinking that that sounds like a lot of conjecture, you are right. The biggest problem with this whole scenario—apart from the fact that the supposed affair is entirely imagined by McLellan—is that Marlene Dietrich did not appear in Die freudlose Gasse. The character McLellan refers to is played by Hertha von Walther, and named Else (although her name is not given within the film itself). While von Walther does bear some resemblance to Dietrich, especially in the main scene McLellan cites as evidence, anyone watching the film can see that the actress in question is not, in fact, Dietrich. 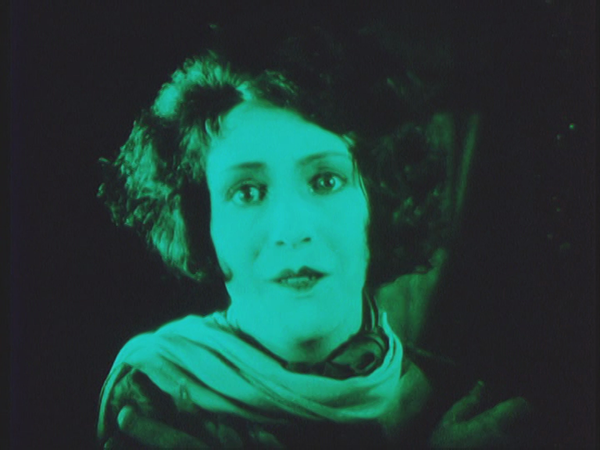 Not Marlene …Hertha von Walther as Else in Die freudlose Gasse

If the eye test doesn’t convince you, von Walther is also credited as Else in all the film historical sources, and indeed the credits of the DVD (I have the Filmarchiv Austria version). 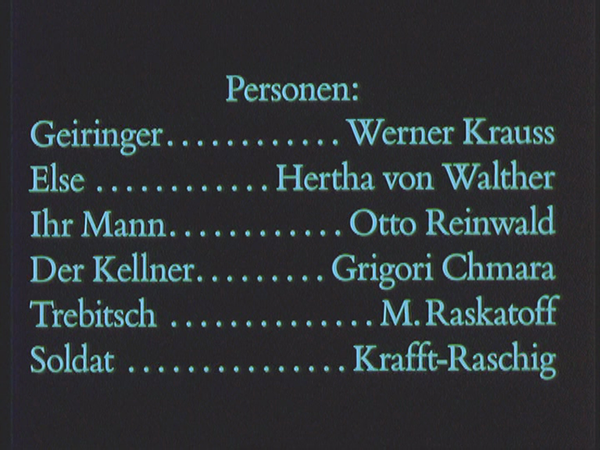 A conspiracy spanning multiple film historians and archives over a period of decades?

One sees the appeal of a Garbo-Dietrich affair: two of the biggest stars of their era, both representing different incarnations of European glamour, both known to have loved women, and almost complete opposites in personality. I mean, part of me still wants to believe. But not only was their affair complete speculation to begin with, the setting of it never happened. Of course, given its publication here, the Garbo-Dietrich Die freudlose Gasse affair is now reported as fact or at least ‘authoritative rumour’ in other books (Gay LA is one example, if I remember correctly). Given that there genuinely was a thriving Sapphic community in Hollywood—really, the assertion that everyone was sleeping with everyone else is probably the most believable aspect of The Girls—it’s disappointing that McLellan leans so heavily on speculation in her book.

Admittedly, von Walther does look rather Marlene-like in shots such as this one.

Supposedly, late in life, Dietrich did admit to appearing in Die freudlose Gasse. The source for this? David Bret: not the most reliable of authors, to put it mildly. McLellan also undercuts herself by relating a comment Marlene made about the plot which supposedly proves her involvement in the film, but which is actually an obvious logical deduction that could be made by any viewer.

The former issue points to another big problem with The Girls. The author seems to have done some genuinely interesting research, especially in digging into the FBI files of Dietrich and Otto Katz, who she claims was Marlene Dietrich’s secret first husband. Yet McLellan is a very indiscriminating researcher and referencer, even by the standards of popular history. Amidst legitimate sources, McLellan directly cites the works of hack authors like David Bret and Boze Hadleigh—unreliable sources at best—as well as, most egregiously, anecdotes from Hollywood Babylon. I mean, come on. Even if most of that book’s claims hadn’t been debunked by the time McLellan published hers, anyone with a bit of sense would have thought twice before repeating its stories uncritically. Nor would I consider Confidential a trustworthy source. Such habits certainly damage McLellan’s credibility—and the fact that she’s posted rebuttals to all the negative reviews of this book on Amazon doesn’t exactly inspire confidence.

McLellan details queer female Hollywood’s network of liaisons and shifting webs of alliances with warmth and glee: characters like the brazen and gregarious Tallulah Bankhead sail through the pages of The Girls. (Let me take a second here to recommend Bankhead’s autobiography: devastatingly witty, a truly sparkling read). Salka Viertel is another key player: the Austrian screenwriter and actress was one of Garbo’s main confidantes in Hollywood, and her house was at the centre of the European emigré social scene. McLellan characterizes Viertel as something of a puppetmaster: a woman who acted as both career adviser and social gatekeeper for Garbo, who used Garbo to bolster her flagging career, deliberately sowing discord between her and MGM, while also carefully playing de Acosta off against Garbo. Like many things in this book, there is probably a certain amount of truth to the dynamic between Viertel, Garbo, and the various people in their orbit, but it’s McLellan who ascribes “sly deviousness” to Viertel. An interesting detail that does seem substantiated is that Viertel knew Dietrich in Weimar Berlin (although she later downplayed this, probably so as not to rile Garbo).

As mentioned above, the other big ‘revelation’ of The Girls is that Otto Katz, international Soviet spy, was Dietrich’s first husband. He always claimed that the civic records in Teplitz (now Teplice, Czech Republic) would prove their union; unfortunately—and conveniently, for Katz’s story—the majority of marriage records of this era concerning Jews were destroyed by the Third Reich. Katz’s claim of marriage to Dietrich has never been substantiated, and Katz’s biographer concludes that he and Dietrich are unlikely to have been married, although “there is no reason to doubt” that they were lovers.

Of course, that’s not how McLellan tells it. In her narrative, Katz introduced Dietrich to Rudolf Sieber (her actual first husband), and Katz is the likely father of Dietrich’s daughter Maria Riva. Supposedly, Sieber married Marlene as a cover-up for her relationship and child with a Jewish Communist. Ironically, McLellan is very skeptical about what she calls the “purported” Sieber-Dietrich marriage; for example, she comments that “the ‘wedding photograph’ she [Dietrich] left her daughter looks like a staged costume shot”.

The photo in question. An obvious fake?

Katz later came to Hollywood, where he was at the centre of a clandestine Communist soft-power push under the name Rudolph Breda (and later, André Simone). That Katz was a loyal operative for the Comintern is indisputable, as is his role in the Communist front organization the Hollywood Anti-Nazi League. Less believable is McLellan’s assertion that Katz was the model for Victor Laszlo in Casablanca, or that the Party invested in Marlene’s goodwill regarding their Hollywood endeavours by bestowing an exquisite collection of Tsarist emeralds on her (!); which, of course, she covertly sold off over time to fund the Communist cause.

It’s largely Garbo and Dietrich’s trajectory that the book follows, making a late section devoted to Lizabeth Scott seem rather tacked on. Otherwise, McLellan does a good job of sustaining her narrative arc amid frequent diversions into the lives of the supporting cast, minor players, and other subplots. All in all, The Girls is a fun romp. But one should take it with a shakerful of salt. 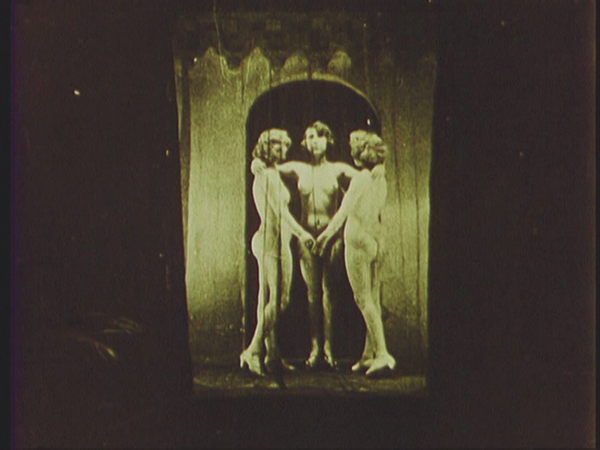