Posted on 5 August 2017 by silentsplease

Almost three years ago, I posted about London Symphony, a contemporary silent film production by British filmmaker Alex Barrett. For this project, Barrett has revived the silent-era genre of the city symphony—a cinematic portrait of a city, more poetic evocation than documentary—to celebrate the spirit of London.

I had the pleasure of viewing the rough cut last year, and it’s a wonderful film. Stylistically it’s impressive, with beautiful cinematography and an excellent score; a great synthesis between image and sound. London Symphony is stylish, evocative of the original city symphonies without feeling in any way like a pastiche. But what makes it such a truly ambitious film, I think, is the scope that it covers: London Symphony was shot all over the English capital, with space given to people from all different walks of life, different cultural groups, and of course a huge number of locations. I may not know London well, having visited only briefly, but I experienced it as a nuanced view of the city. 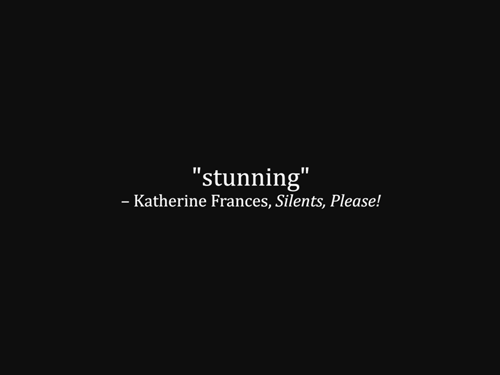 The world premiere of London Symphony took place in May at the Edinburgh International Film Festival, but another big date is coming up: the film’s limited UK release in September. The tour kicks off with a live orchestra screening at the Barbican on September 3rd, followed by a collection of other venues across England. (Screening info here).

It will be a great one to see on the big screen, if you can get there! For the rest of us, stay tuned: London Symphony has been picked up by Flicker Alley for international distribution, and it will be released on MOD Blu-Ray and VOD later this year.

This entry was posted in Film and tagged Alex Barrett, cinema of Britain, city symphonies, contemporary silents. Bookmark the permalink.